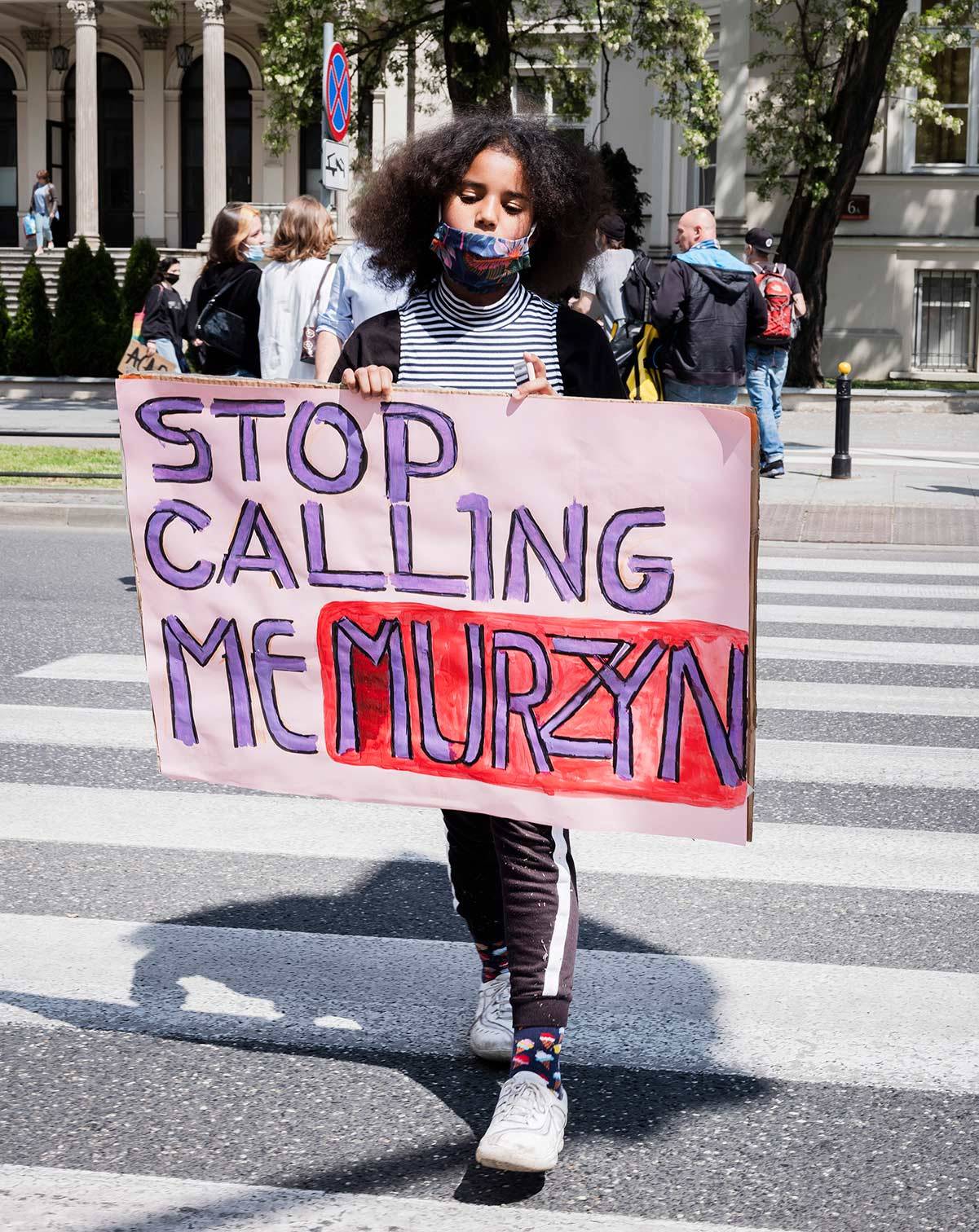 On February 1st, the 12th-grade advisory students met with Mr. Rafał Milach, a photographer, visual artist, and author. Mr. Milach has been recording Polish protests for several years. His work appears in exhibitions, magazines and mainstream press. He is also one of the Public Protest Archive founders and contributors.

During the Zoom meeting with students, Mr. Miłach stressed the importance of grass-roots activism and citizens' voices, and how a deep sense of duty and responsibility pushes him to take and share photographs.

In his presentation, Mr. Milach focused on a photograph he took at a Black Lives Matter (BLM) protest in Warsaw. The protest was organized by both Polish and Polish-African youths, and took place in July, 2020. He shared the story of the photograph, in which one can see a young female activist from Porta Foundation, crossing a street on a cross-walk holding a poster "Stop calling me Murzyn". The picture had a significant impact on the Polish public.

Mr. Milach's photograph of the girl was widely shared and commented on by Internet users. It was presented in art galleries. It was also used in American BLM street campaigns.

Share to FacebookShare to TwitterShare to Google+Share to LinkedInShare to EmailPrint this page
No post to display.
Powered by Finalsite