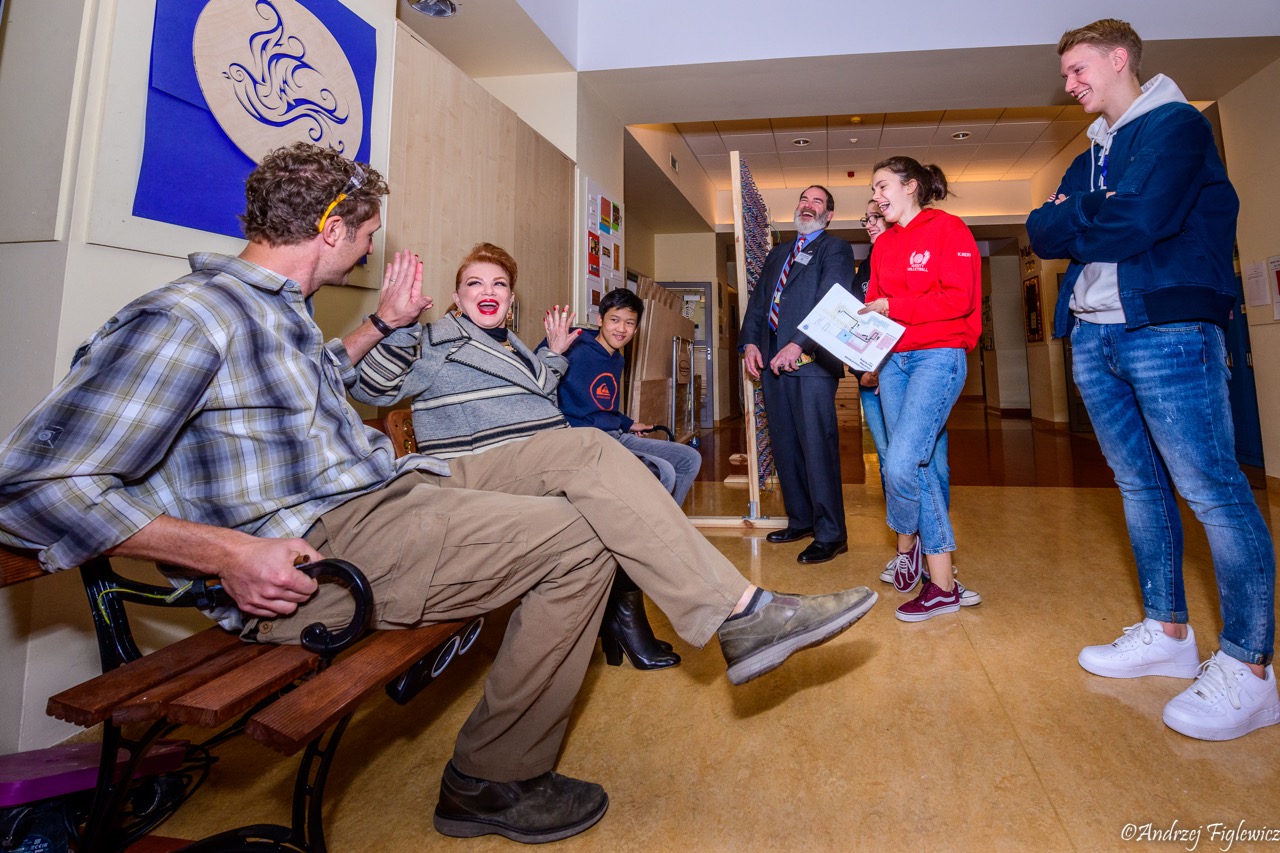 ASW had the pleasure of welcoming the Ambassador of the United States to Poland Georgette Mosbacher on Thursday.

On arrival the ambassador was met by ASW Board of Trustees Chairperson Raymond Banks and Director of ASW Jon Zurfluh. She was then shown around the school by students, before attending a meeting with the Board of Trustees and a reception with members of the school community, including representatives from the PTO.

During the tour, the ambassador was particularly impressed by a student design project called the 'musical bench', a bench capable of generating music when the people sitting on it touch hands and, by doing so, complete an electrical circuit. The bench was created for the annually-held School Maker Faire.

In our guest book, Ms. Mosbacher wrote: 'The American School of Warsaw - where hopes and dreams are made, encouraged and nurtured! Thank you and God Bless!'