Students from ASW’s Refugee Club and Outreach Club chaperoned a group of children from the Debak Refugee Centre at a specialised workshop, designed for young audience, on how to understand and cope with the state of displacement.

The workshop took place at Galeria Studio, in the Palace of Culture and Science in Warsaw. The workshop was conducted by professional choreographers from Teatre Studio. The workshop was a unique learning experience for our students and gave them new ideas to use in their weekly language workshops, which they organise for the refugee children.

In addition to the workshop, the students attended the Transfert exhibition, which revolved around migration and exile. All the artists were individuals living between cultures. Among them,  Sehar Mapara, a former ASW student presented her work “Justice for Refugees”. Sehar’s work evokes a placard with a slogan that a protester might hold at a rally. Her piece is a study of the visual elements that make up propaganda posters. The work was completed in Warsaw in 2018, as an assignment for the Global Politics class. It was inspired by posters from Communist China that celebrate the right of representatives of both genders to choose their own spouse. While living in Warsaw, Sehar worked with refugee communities. She painted a mural at the Linin Refugee Centre with a group of peers.

You can find more about Transfert by following this link. 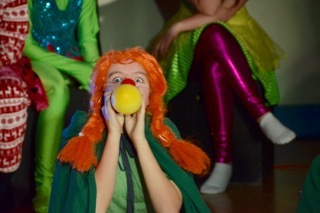 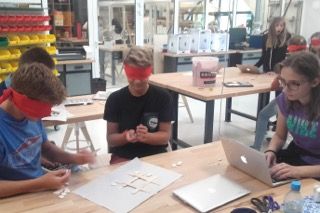